This year, VSE’s annual conference took place on May 19th and 20th in a new format: spread over two days, with interactive networking sessions built into plenary sessions on both days, and with six simultaneous side events on the second day of the conference. The event was held on Zoom and had a registration fee of 10 euros, and all members had a right to attend free of charge for one participant.

With 90 registrations for the plenaries, 85 participants attended the plenary sessions. Average registration to attendance rate for webinars and similar online events stands at 40%¹, while this conference’s attendance rate stands at nearly 95%. Such a high rate could be explained by a) the fact that this year’s conference was heavily focused on VSE members who have a personal relationship with VSE and were thus more likely to attend and b) existence of a registration fee, which, while small, could have encouraged participants to attend.

During and after the conference, participants were asked to fill out a short evaluation form to share their thoughts on the event. The survey received 8 responses, which is on the lower end of the normal range of 10-30% response rate for this type of surveys.²

Figure 1: Satisfaction with the event

The fact that the conference took place over two days instead of one to allow more time for interaction as well as more sufficient breaks received overwhelming support from all respondents. Participants greatly appreciated the newly introduced networking sessions but pointed out that the time allocated for them was not sufficient.

Further, participants enjoyed the broad range of topics and speakers presented to them during the conference. They also praised the ability to learn about topics they are usually not confronted with as well as addressing some basic, specific challenges in working with victims. The side events received overwhelmingly positive feedback (see Figure 2).

Figure 2: Satisfaction with side events

Finally, respondents expressed gratitude towards VSE staff for organising the event and pointed out that while many may feel tired of online events, it was executed well, and splitting the event into two days helped maintain participant engagement. 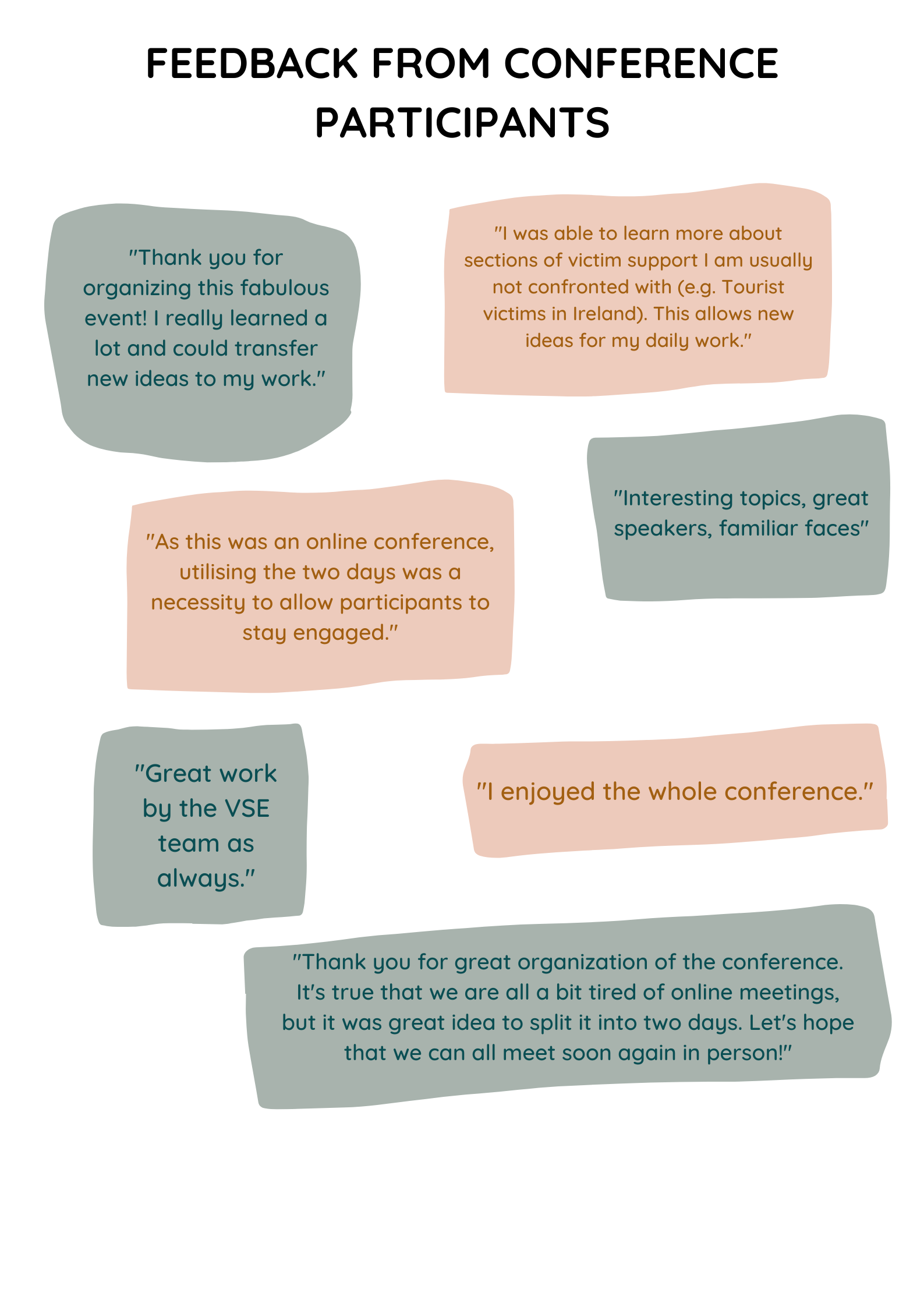 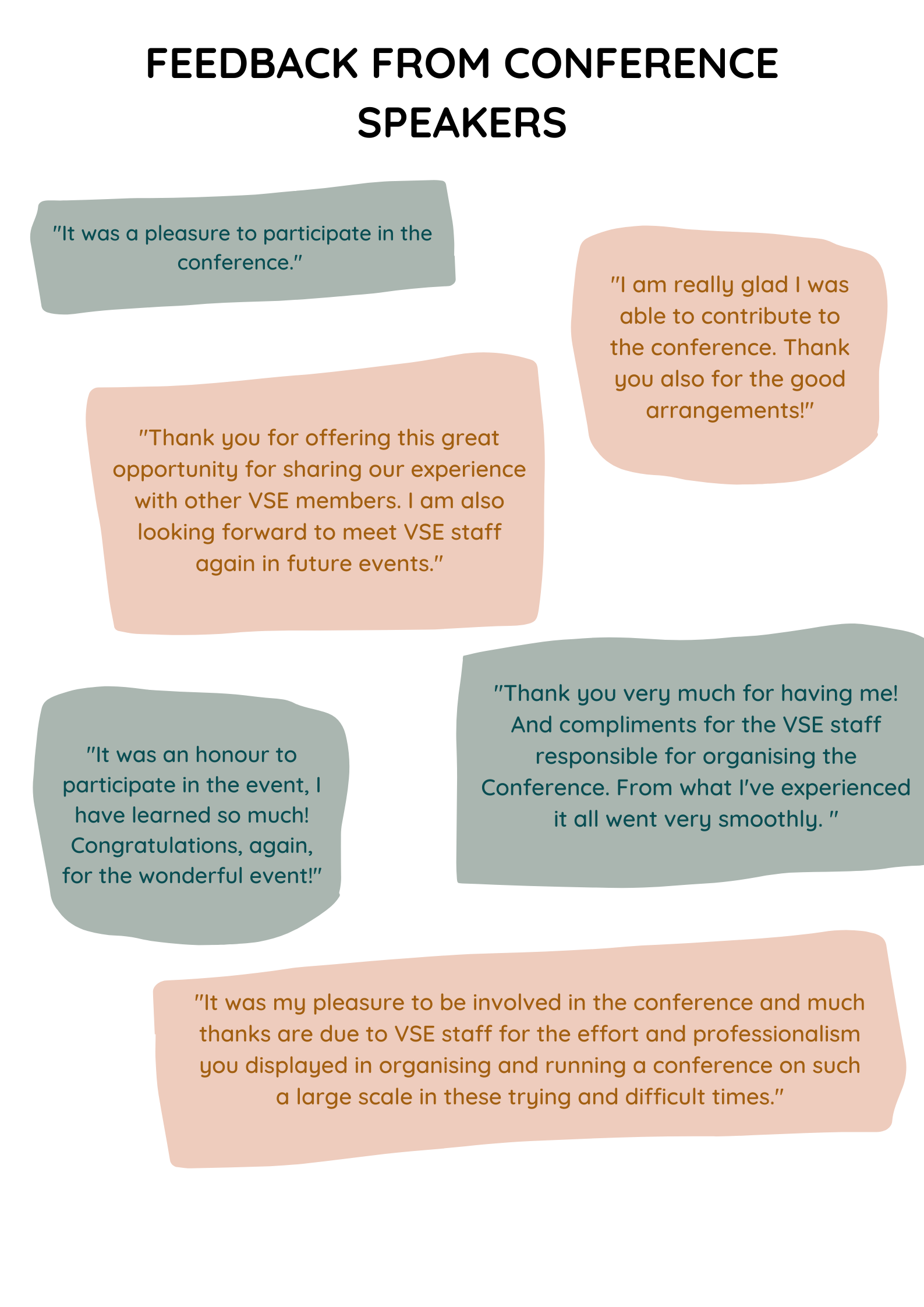